Intrepid vegan reporter (and VK cofounder) Chris Hendrickson attended Michael Pollan’s recent talk at WMU, and wrote up his exclusive report for us below. Thanks, Chris!

On Thursday November 6th, author Michael Pollan gave a speech at Western Michigan University’s Miller Auditorium as part of the Kalamazoo Community Foundation Annual Community Meeting, and over 3,000 people were in attendance including myself. I was personally curious about what Mr. Pollan would be talking about as I had read his book The Botany of Desire in college as a part of my Systematic Botany class at WMU. I was also secretly hoping that he would mention Vegan Kalamazoo’s Open Letter to Michael Pollan published as an Opinion Editorial on mlive.com just a day before the event.

An introduction was given by Kalamazoo Community Foundation CEO Carrie Pickett-Erway, and then Pollan took the stage. He started his speech by stating that all he knew of Kalamazoo was the song “I Got A Girl In Kalamazoo” and Derek Jeter. Pollan spoke for about an hour and, for the most part, talked about his new book, Cooked. This lecture topic struck me as a bit odd as the Kalamazoo Community Foundation website for the event stated, “Pollan will talk with us about the importance of a healthy food system and healthy food.”. Pollan made little discussion of this stated subject during the bulk of his speech while providing attendees a verbal summary of Cooked.

Although initially disappointed–I had come with higher expectations than to hear an hour long plug for his book–I sat with an open mind and listened diligently. Pollan made some very interesting points about how cooking is what helped our species, Homo sapiens, evolve from our common ape ancestors, and how different flavors in cooked food correspond to the regional presence of certain plant species. I really found that last bit enlightening and feel excited to try more geographically-specific vegan dishes such as chickpea wat from Ethiopia and aloo gobi from India. Pollan discussed the invention of revolutionary technologies such as using fire to externally digest meals for easier consumption and pottery use to allow for soups to be created which helped feed young children and older adults. These inventions allowed for our increased brain development and extension of the human lifespan. 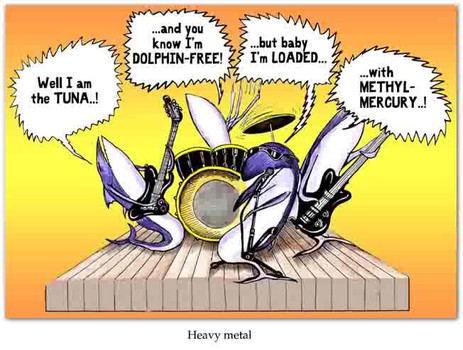 After the overview of Cooked, Pollan and Pickett-Erway sat down in comfy chairs on stage and had an informal question and answer session that lasted about 20 minutes. Pickett- Erway hand picked the questions and didn’t make reference to any questions (my question) about health and veganism. They discussed Pollan’s solutions to food instability for children, how people should get together and discuss food options as a community, and what Pollan would prepare for a group of twenty at a dinner party. Pollan noted that he would ask about dietary restrictions but suggested albacore tuna caught fresh from the Pacific. I found this an odd choice given the known presence of mercury and other toxins in tuna.

Overall, I am happy I went but felt that Pollan missed a huge opportunity to advance the audience’s understanding of how to ethically produce healthy food for a community such as Kalamazoo. Vegan diets are scientifically proven to be healthy for all ages of life, infinitely more sustainable than nonvegan ones, allow for support of local farmers, and are no question a more ethical choice. Pickett-Erway and Pollan openly advocated for animal product consumption, specifically Otto’s Chicken. Pollan referenced that McDonald’s fries are “delicious” and insinuates that hamburgers, cheese, milk and other unhealthy products of animal agriculture are completely acceptable and just. As we stated in our open letter to Pollan, this is not acceptable and we will continue to advocate in opposition of these viewpoints. They are no longer justifiable in our community and are in direct conflict with our current understanding of what is considered healthy, regardless of being cooked or not.